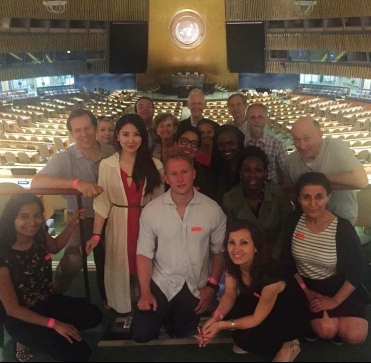 Over three weeks ago I had the privilege of joining my United Nations Association (UNA) group in London, to embark on a study trip to the UN headquarters in New York. Through my role as Deputy Co-chair of the UNA Westminster Young Professionals Association (the largest branch in the UK) together with Isabella Qin (also Deputy Co-chair), I considered that the trip would be a fantastic opportunity to learn more about the organisation and gather insights on current programmes and other branches.

During my week’s experience here, we sat in on over sixteen incredibly interesting briefings and held daily meetings with many UN officials and experts, such as the standing committees on counter terrorism and weapons of mass destruction, where we learned more about the hideous weapons as yet undeveloped and the UN’s planned strategies to contain the use of these within existing and new protocols. There were various presentations on climate change, the Sustainable Development Goals, the application of the Rule of Law, UN Women and the tensions between UN peacekeepers and UN health staff seeking to work in war-torn states. 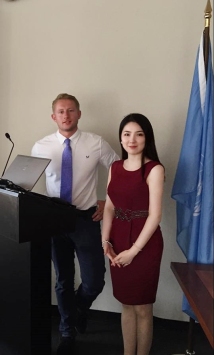 I was also fortunate to visit the UK’s mission to the UN, where we learned more about the UK’s role in the UN and was also hosted by the Board of the United Nations Association New York Chapter on the 44th floor boardroom of Akin Group, which led to some fantastic views over downtown Manhattan.

Our group took the opportunity to visit the UNA Westminster’s sister chapter in Westport, Connecticut, to share in its annual UN celebration day. We met with some senior UN officials, where we discussed many pertinent issues close to my heart including climate change and the environment. 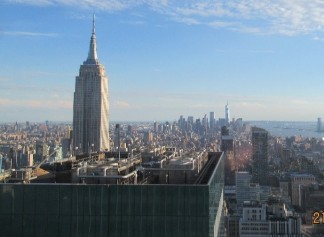 The trip was also a fantastic opportunity to learn more about the structure and history of the UN and the implications it faces for the future. Established on 24 October 1945 with only 54 members, the UN now has over 193 members. Since its inception, it has been at the forefront of resolving many international conflicts; it has helped save the lives of millions of impoverished children and has pulled millions of people out of poverty, over 750 million (and eighty nations) have been freed from the jaws of colonialism, and for the first time the majority of the world states has reached an international consensus on climate change.

However, during my time at the UN headquarters, I was disappointed to hear about the challenging future the organisation faces. The main cause of concern was the deteriorating situation in the Security Council where the five permanent member states (USA, England, France, Russia and China) are stuck in a permanent quagmire over complex political differences such as Syria and Ukraine. This has, according to the officials I spoke to, led to the most poisoning and divisive atmosphere in the organisations history. The UN also faces major uncertainty due to impending threats from President Trump, who has threatened to implement major cutbacks to the funding of the organisation, which could have major repercussions as the US currently contributes around 22% of the entire UN budget.

Yet despite the challenges and indifferences the organisation faces, I left the UN headquarters feeling optimistic and hopeful for the future. I was inspired by the dedication and altruism of the UN staff workers, particularly those risking their lives in the field and pondered that despite its limitations and inherent need for reform, the UN remains a remarkable force of good in the world today.